At first I thought that to cover the Venezuelan crisis, Caracas was the place to be. But given the broad media coverage in the capital and how complicated it has become to exercise journalism in the country, I decided to look for stories of people who in desperation from the situation, fled the crisis via the Colombian border. They'll tell their stories with less fear, I told myself.

(It feels strange writing the word "crisis" together with the name of the country with the greatest oil reserves in the world. The land of Liberator Simon Bolivar had always been for us Latin Americans the richest of our countries.)

Having made contact with some organizations providing aid, and with some key people - whose names I will not mention as I was asked not to -, I arrived in the city of Cucuta, Colombia, a border town whose growth is attributed to the trade that Venezuelans provided in times of economic boom. Now its streets have collapsed under the pressure of great numbers of Venezuelans displaced by hunger, violence and lack of medicine at home.

My first surprise was to find a religious organization in action: religious women training Venezuelan women in different trades, such as hairdressing, manicure, pedicure, cosmetology, dressmaking, etc. for them to leave or not be forced into prostitution. And not only this, but they also lend their facilities to train women in family planning and to provide medical attention in general, but particularly in sexual and reproductive health, and methods for avoiding unwanted pregnancies and STDs. This location and a Colombian Ministry of Migration shelter that gives a fortnight of shelter to displaced Venezuelans were the two places where I did my first interviews, or, more precisely, got my first testimonials.

I am firstly a photographer, not a videographer, but in this particular case there was much to tell, so I put one of my cameras suitable for filming on a tripod and let the people express themselves freely. Few questions were needed; the interviewees spoke prompted by their own desire to do so, letting off steam by revealing their personal experiences in front of the camera, as if it were a kind of therapy. A similar situation occurred in Tibu, an area controlled by the Colombia guerrilla, where I took the testimonials of Venezuelan women who offer sexual services in small brothels for two to four weeks and then return home with some food for their families, who are mostly unaware of the nature of the work they do on the other side of the border.

The Colombian-Venezuelan border is very penetrable. Although the Venezuelan governing regime has ordered the closing all land borders, people and merchandise cross all along this frontier. Those having migratory ID cards can cross by the border bridges, but as Venezuelan authorities have prohibited entering the country with food or medicine, those wanting to return home with products obtained in Colombia have to do so via illegal crossings called trochas (trails) controlled by mafias that work in cahoots with the regime and charge "taxes" to all those coming and going at these crossings.

One of the most controversial crossings is that of Puerto Santander, where food contraband into Venezuela is less disguised, as is the contraband of gasoline into Colombia, perhaps because the area is controlled by paramilitary forces that in past decades operated as private armies hired by large landowners to provide defense against guerrillas. Presently this particular cohort is one of the many irregular armed groups operating in Colombia and they are in the business of Venezuelan contraband gasoline. On the road there are people on motorcycles transporting jerry cans filled with gasoline, which although scarce in Venezuela, continues to leave the country via contraband in large amounts because of the corruption of the regime which permits it and takes a cut in the business while doing so. A liter (approximately a quarter gallon) of gasoline costs 1 US cent in Venezuela and 76 cents in Colombia, allowing for mammoth profits.

The permeability of the border makes survival possible for many Venezuelans, particularly those living in the border cities, who sell everything from their own hair, to handcrafts and scrap metal, and offer sexual services, or their backs to transport merchandise, all to be able to return home with food and/or medicine and the basic necessities that are scarce in Venezuela. Also benefitting are pro-Chavez mafia groups who charge for allowing these products to pass along the trochas. These border zones are no-man's land where the law governing is that of the strongest, of those bearing weapons, of those who take advantage of the situation while watching compatriots go hungry, women and children suffering from malnutrition, and many condemned to death from lack of medical treatment. SOS Venezuela.
Read More
Powered by SmugMug Owner Log In 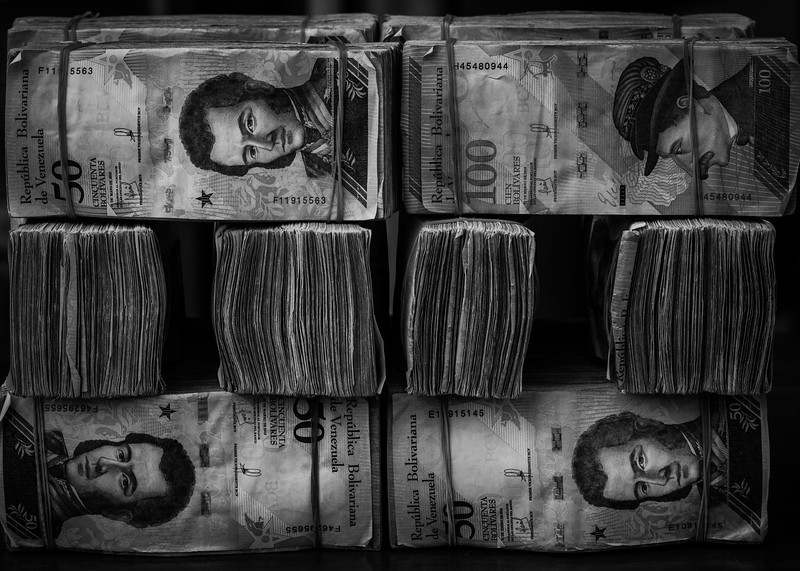